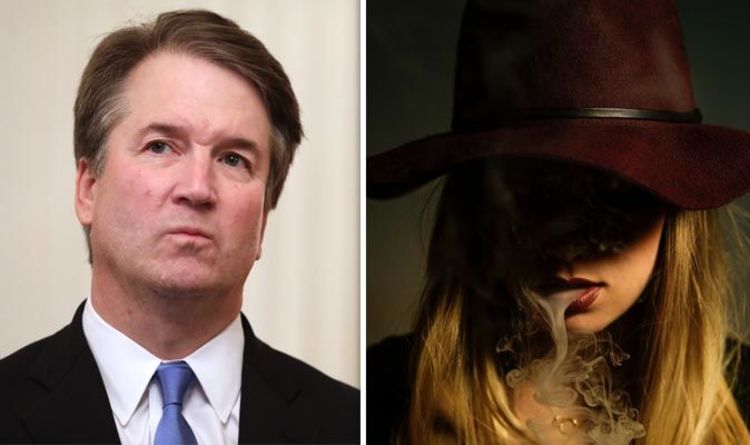 
Judge Kavanaugh has been embroiled in a fierce row over historic allegations of sexual misconduct.

He was sworn in as Supreme Court Justice due to a lack of evidence to support the allegations but much of America remains unhappy.

For that reason, thousands of ‘witches’ have teamed up in an attempt to place a hex on Judge Kavanaugh.

More than 1,300 people are believed to have bought tickets to the public cursing of Judge Kavanaugh on November 3, at a location in New York.

In a description on Eventbrite, the witches say they will place a curse on “Brett Kavanaugh and upon all rapists and the patriarchy which emboldens, rewards and protects them.

“We will be embracing witchcraft’s true roots as the magic of the poor, the downtrodden and disenfranchised and it’s history as often the only weapon, the only means of exacting justice available to those of us who have been wronged by men just like him.

“He will be the focal point, but by no means the only target, so bring your rage and and all of the axes you’ve got to grind.

“There will also be a second ritual afterward – ‘The Rites of the Scorned One’ which seeks to validate, affirm, uphold and support those of us who have been wronged and who refuse to be silent any longer.”

Professor Christine Blasey Ford led the allegations against Brett Kavanaugh, saying she was a victim of sexual assault from the senator in high school

Ms Ford alleges Mr Kavanaugh drunkenly attempted to rape her while his friend, Mark Judge, stood by and watched during a 1982 gathering.

Despite a slew of sexual misconduct allegations against Mr Kavanaugh – and the hundreds of protesters that descended on Capitol Hill as tensions hit fever pitch – his position was sealed following a vote that ended 50-48 in his favour on October 6.

It was the closest Supreme Court nomination vote in more than a hundred years.