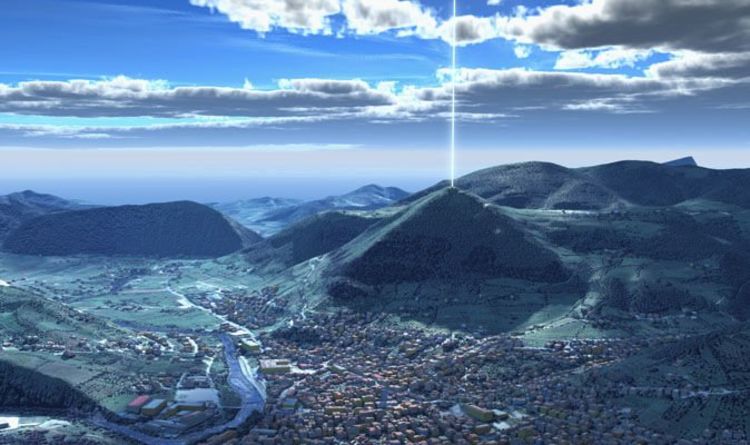 
American historian Semir Osmanagic has said there is a civilisation older than the Egyptians that built the pyramids in Europe. Mr Osmanagic claims he has discovered the world’s oldest pyramids in the Balkans. He says these are not just any pyramid, but what Mr Osmanagich calls the Pyramid of the Moon, the world’s largest, and oldest, step pyramid.

Looming above the opposite side of town is the so-called Pyramid of the Sun — also known as Visocica Hill — which, at 720 feet, also dwarfs the Great Pyramids of Egypt.

According to the historian, a third pyramid is in the nearby hills. All of them, he says, are some 12,000 years old.

In Amazon Prime’s “The Pyramid: Finding the Truth”, the documentary reveals how highly developed civilisations could have received their knowledge from space in what could be a revelation to how the mystery of the pyramids was built.

The documentary includes an interview with Semir Osmanagic, who describes himself as Bosnian American, is becoming known as the person who discovered the existence of pyramids in the Bosnian town of Visoko.

At the centre of attention is a decade-old claim by the archaeologist that he had found several large pyramids disguised as pointy peaks around the former medieval capital of Bosnia.

The narrator reveals scientists criticised Mr Osmanagic on his alternative view of the past.

As he writes in the book Alternative History, he believes that in the past highly developed civilisations already existed in previous cycles 15 or 30 thousand years ago.

The academic also writes about the possibility they received their knowledge from space, particularly the Mayan civilisation.

The documentary questions if it is possible that any other species could do this.

Mr Osmanagic said: “My opinion is, anything is possible. I have to stay open for any option.

“But in my case I will just have to allow the possibility that on this planet we really did have civilisations, intelligent men, in the previous cycles who are just developed enough to do such things.

“I think they did have some other technologic means. It doesn’t have to be technology now in our present way.”

Mr Osmanagic sparked a cottage industry in what he believes are 30,000 year-old structures that dwarf the pharaohs’ pyramids in Egypt, even while some of the world’s most prominent archaeologists have called it a pyramid-sized hoax.

The FDA Just Approved The Most Expensive Drug in The World : ScienceAlert
An AI Found an Unknown ‘Ghost’ Ancestor in The Human Genome : ScienceAlert
The Science Behind Why You Sprain Your Ankle So Often, And What You Can Do About It : ScienceAlert
People in Portland Planted Trees. Decades Later, a Stunning Pattern Emerged : ScienceAlert
Colossal Exoplanet Is One of The Most Massive Super-Earths Ever Discovered : ScienceAlert