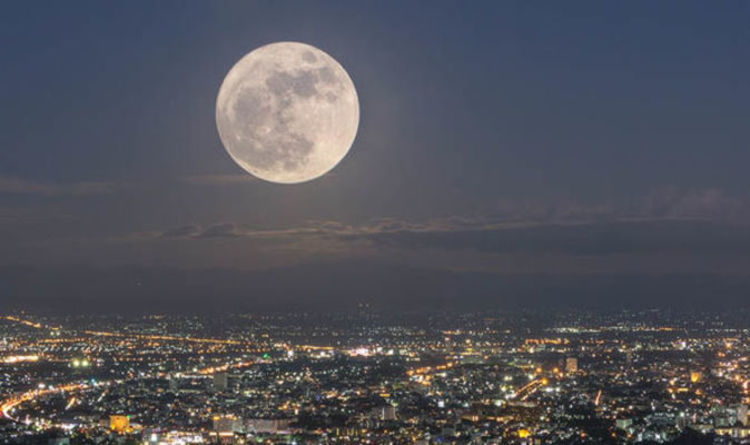 
The second blue moon of the year will grace our skies this weekend in a stunning celestial event, that will occur as February did not have a full moon.

The moon will appear at its fullest at around 1.37am GMT on Saturday, March 31 – tonight.

Blue Moons are defined as the second full moon to rise within one calendar month, in a phenomenon which only occurs roughly every 2.7 years.

Because a blue moon is quite rare, the lunar event helped to coin the saying “once in a blue moon”.

Full moons themselves are not rare, as they occur almost every 29 days, but a blue moon is a rare event.

This event was dubbed “The Double Blue Moon of 1999” – and, like this year, also occured because there was no full moon in February.

How can I watch full moon?

Unfortunately for astronomy enthusiasts, the Blue Moon does not turn blue on Saturday and the Pink Moon, expected on April 30 will not be pink.

The Royal Observatory Greenwich explained: “There are two different definitions of a blue moon: in one there are two blue moons in 2018 whereas in the other, there aren’t any at all!

“In any case, these are fairly common events, happening once every two to three years.

One Simple Idea Makes It Much Easier to Manage Your Weight Over Time : ScienceAlert
Study of 500,000 Medical Records Links Viruses to Alzheimer’s Again And Again : ScienceAlert
This Species of Carnivorous Plant Evolved Into a Toilet And Is Now Winning at Life : ScienceAlert
Dogs Can Be Aggressive For Lots of Reasons, And One of Them Is You : ScienceAlert
Physicists Break Record Firing a Laser Down Their University Corridor : ScienceAlert