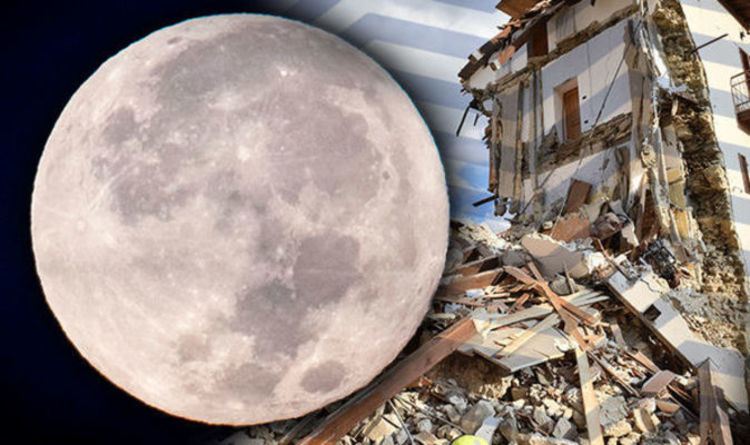 He warned that around next week’s Supermoon event, from January 30 to February 2, there will be planetary “amplifications” which he described as critical.

He said: “From January 30 to February 2 will be more critical with the possibility of a seven pointer because of an amplification here on the 30th.

“Also on the 31st with the full Moon there is also lunar eclipse and also called Blue Moon, because it is the second full Moon of the month.

“But a Blue Moon or a lunar eclipse or a full Moon does not necessarily cause a seismic increase, it requires obvious amplifications like we see here to cause a seismic increase on our planet and this is a significant amplification and as you can read on the website a high six to seven magnitude earthquake may occur between the 30th and February 2.”

Mr Hoogerbeets uses a non-scientifically recognised way of predicting earthquakes based on planetary alignments with Earth, amid claims the “increased electromagnetic force causes stress on fault lines on Earth”.

He said: “Contrary to what many people assume, we do not believe that gravity is responsible for larger earthquakes at the time of planetary alignments.

“Rather, we believe that electromagnetic waves affect Earth’s crust on an atomic level causing specific frequencies to be amplified.

The supermoon was 14 per cent bigger and 30 per cent brighter than usual making it appear closer to Earth.

His system has been ridiculed by mainstream scientists, but he continues to gain followers on his YouTube channel and website.

“But it also greatly depends on the planetary positions that coincide with the Full Moon.”

But, Mr Hoogerbeets has made several predictions with distinctly mixed results.

There have been significant quakes after some of his warnings, but he is no longer specific about where they will strike or the exact day.

Mr Hoogerbeets said seismologists needed to take note because “whenever the three objects in our solar system lined up there was a significant earthquake anytime from the day before to one or two days afterwards”.