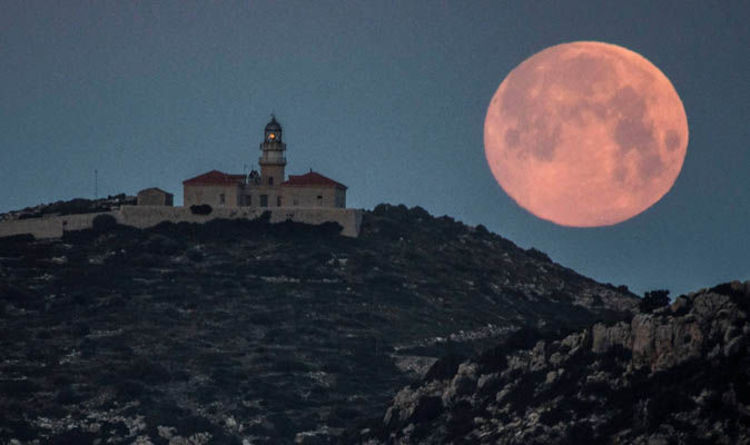 
The second blue moon of the year will take to the skies this Easter Bank Holiday Weekend.

A blue moon happens when there is a second full moon in the same calendar month. A rare event that only occurs every 2.7 years, hence the saying “once in a blue moon”.

A full moon normally appears every 29 days making it unlikely to be seen in the same calendar month.

This year’s celestial event will occur because February, which is a short month, did not have a full moon.

It follows a rare Super Blue Blood Moon that appeared earlier in the year on January 31.

To experience two blue moons in one year is quite a rare occurrence and hasn’t happened since 1999.

The next blue moon is not expected to grace the skies until October 2020.

Look through this gallery to see the best images of the stunning blue moon around the world.

AI Predicts We’ll Breach Our Climate Goal in Just 10 Years : ScienceAlert
Mysterious Medieval City in Africa Had a Genius System to Survive Drought : ScienceAlert
Our Body Temps Have Been Dropping For 160 Years. Gut Microbes May Be Playing a Role : ScienceAlert
A Billion-Dollar Biotech Company Plans to Bring The Dodo Back to Life : ScienceAlert
Lightning Strikes Create a Strange Form of Crystal Rarely Seen in Nature : ScienceAlert