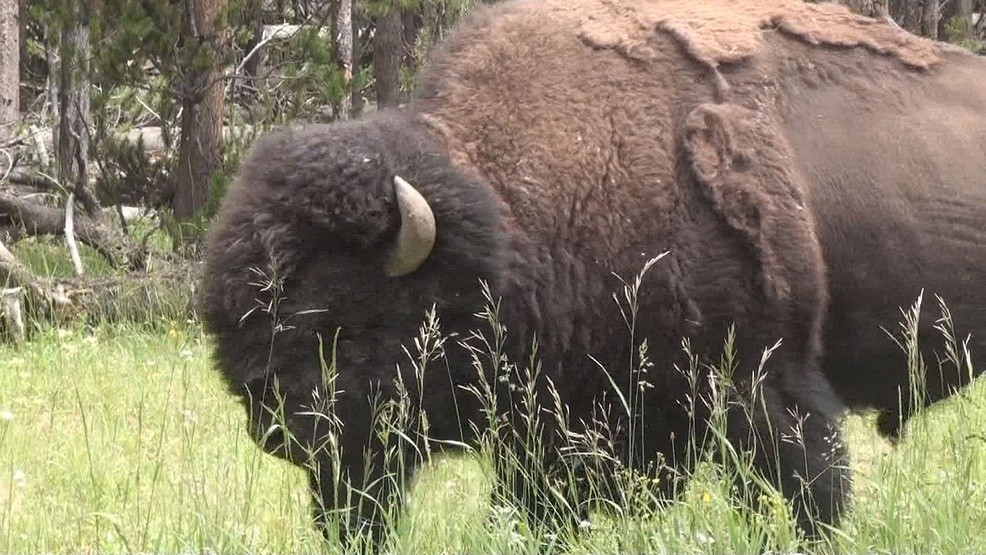 The incident happened near Observation Point Trail in the Old Faithful geyser area.

Officials said the girl form Odessa, Florida, was assessed by emergency medical staff and later released from the Old Faithful Clinic. No bad injuries this time!

The incident is still under investigation.

The following is a press release from Yellowstone National Park:

On the afternoon of July 22, there was an incident with a bull bison near Observation Point Trail in the Old Faithful Geyser area.

According to witnesses, a group of approximately 50 people were within 5-10 feet of the bison for at least 20 minutes before eventually causing the bison to charge the group.

A nine-year-old girl from Odessa, FL was charged and tossed into the air by the bull bison.

No citations have been issued. The incident is still under investigation.

Wildlife in Yellowstone National Park are wild. When an animal is near a trail, boardwalk, parking lot, or in a developed area, give it space. Stay 25 yards (23 m) away from all large animals – bison, elk, bighorn sheep, deer, moose, and coyotes and at least 100 yards (91 m) away from bears and wolves. If need be, turn around and go the other way to avoid interacting with a wild animal in close proximity.

Wildlife is wonderful… But in some cases it can be dangerous. Be careful anf ollow safety rules in the Yellowstone National Park.