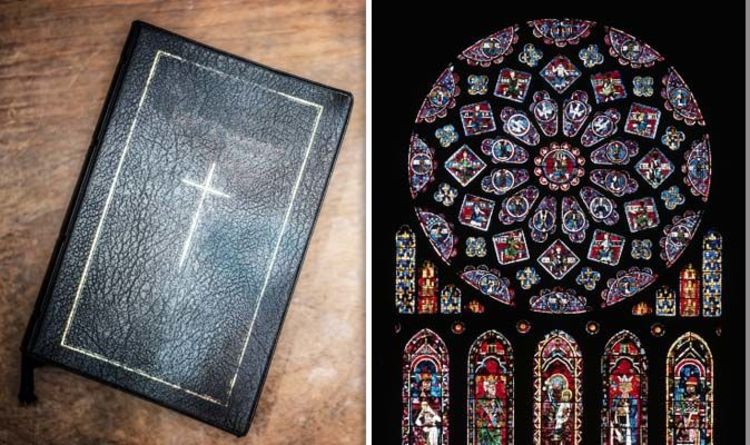 
The Flower of Life is the name given to the geometrical figure composed of multiple evenly-spaced, overlapping circles. Its perfect form, proportion and harmony lead many philosophers, architects and artists from around the world to study it over the years. Some thought it provided a deep spiritual meaning and forms of enlightenment – leading it to be used for meditation.

Various adaptations of the Flower of Life can be found in churches today, including the Seed of Life.

The windows of many cathedrals and churches can be seen made up of some form of this design, before being stained.

According to some researchers, the Seed of Life is a symbol of depicting the seven days in which God reportedly created life, Netflix’s “Top 10 Mysteries and Secrets” revealed.

“It is found in gothic cathedrals, stained glass windows in places of worship and in the routes of many teachings,” the 2017 documentary detailed.

“The New Age movement put forward the theory that the Flower of Life contains crucial information about the nature of space and time.

“They claim the symbol depicts the creation of the world and life itself – like a divine formula.”

The apparent “formula” can be broken down to reflect each day of work.

The “Vesica Piscis”, two overlapping circles, represent the first day, followed by the “Tripod of Life” on the second.

One sphere can then be added for each subsequent day, leaving the perfect replication of the Seed of Life by day six.

According to the Bible, God then rested on day seven, known as the “Sabbath” or “Shabbat”.

When Corals Sleep For The Winter, Their Microbiome Restructures Itself : ScienceAlert
An Unexpected Source Might Be Helping The Universe Glow More Than It Should : ScienceAlert
Grim Study Shows 10 Years of ‘Carbon Offsets’ in California Had No Climate Benefit : ScienceAlert
New Discovery Could Explain Why We’ve Been Misled Over The Cause of Alzheimer’s : ScienceAlert
This Vending Machine in Ohio Has The Power to Save Lives. Here’s How : ScienceAlert