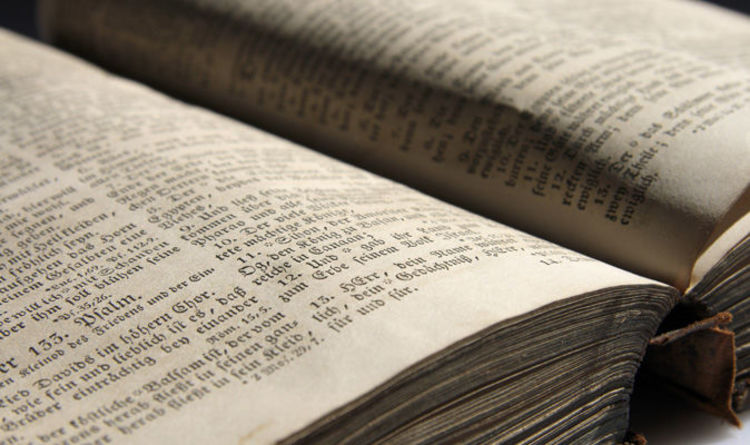 It dates back to the 9th century BC, which is a period associated with biblical kings such as King David.

Excavations began in the area in the 19th century when archaeologists noticed it was in the middle of three regions which had royalty in 9th century BC – the Aramean kingdom based in Damascus to the east, the Phoenician city of Tyre to the west, and the Israelite kingdom in the south.

Hebrew University archaeologist Naama Yahalom-Mack said: “This location is very important because it suggests that the site may have shifted hands between these polities, more likely between Aram-Damascus and Israel.”

The face of the statue, which was made during the Iron Age, has a full beard and a head dressing which is similar to the ones worn in Ancient Egypt.

However, the experts say that this is also a Semitic look at the time, especially for the royals.

Ms Yahalom-Mack continued: “The color of the face is greenish because of this copper tint that we have in the silicate paste.

“The guy kind of represents the generic way Semitic people are described.”

She adds that because it dates back to the 9th century BC, it could be a range of candidates, including kings Ben Hadad or Hazael of Damascus, Ahab or Jehu of Israel, or Ithobaal of Tyre.

However, Ms Yahalom-Mack admitted: “We’re only guessing here, it’s like a gam. It’s like a hello from the past, but we don’t know anything else about it.”

Do You Need to Drink Eight Glasses of Water a Day? It’s Complicated : ScienceAlert
Engineers Propose an Ambitious Plan to Bury Excess Carbon at The Bottom of The Ocean : ScienceAlert
A Tobacco Plant Has Been Engineered to Produce Cocaine in Its Leaves : ScienceAlert
We May Finally Know How Lightning Gets Its Zigzag Shape : ScienceAlert
Giant Asteroid Unleashed a Devastating Martian Megatsunami, Evidence Suggests : ScienceAlert