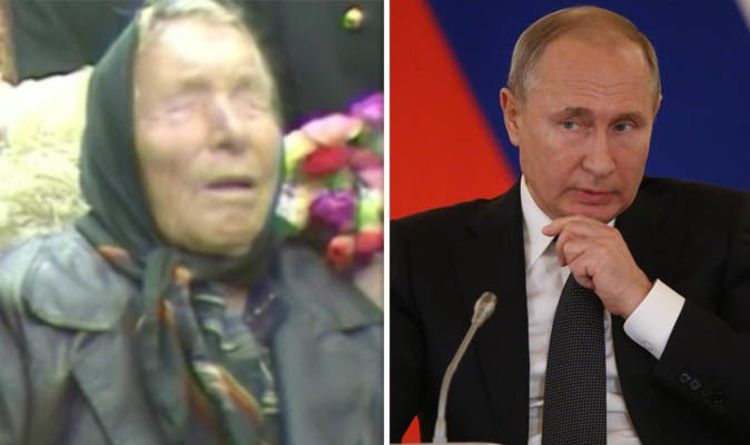 
The blind Macedonian died in 1996 from breast cancer but she is said to have had visions of future events up to the 51st century, when the mystic said the universe will end. According to the mystic, who was born as Vangelia Pandeva Dimitrova in Strumica, Macedonia, 2019 will be filled with natural disasters, economic catastrophes and dangers to the lives of two world leaders. Baba Vanga said a member of Russian President Vladimir Putin’s security team will attempt to kill him within the next 12 months.

Mr Putin himself revealed he has been the target of four assassination attempts, which prompted him to surround himself with an elite team of snipers.

The idea of being defended by snipers was suggested to Mr Putin by former Cuba’s leader Fidel Castro, who survived more than 50 assassination attempts during his life.

Mr Putin said: “He said to me, ‘Do you know why I’m still alive?’ I asked him, ‘Why?’ ‘Because I was always the one to deal with my security personally.'”

But Mr Putin is not the only world leader in danger, according to Baba Vanga.

The mystic said US President Mr Trump will fall ill with a mysterious illness, which will cause him to suffer from nausea, tinnitus, brain trauma and hearing loss.

Similar symptoms have been experienced already by US diplomats based in Cuba and China.

According to Chinese news outlet South China Morning Post, they could have been the side effect of “bugging or surveillance rather than a sonic weapon attack, according to a US researcher”.

Baba Vanga, who is said to have “predicted the 2004 tsunami” that killed an estimated 227,898 people, believed another tsunami will hit Asia and wipe out several countries in the areas and other places around the world, including Pakistan, India, Japan and Indonesia.

The latter has been hit earlier today by a 6.1 magnitude earthquake and have suffered a massive 7.5 magnitude quake and tsunami in September, which killed almost 850 people.

Among the other catastrophes predicted by Baba Vanga there is also the economic collapse of the European Union and Russia being hit by a meteorite.

Earlier this year NASA collected space dirt from the Bennu asteroid, which according to the US space agency has currently a “not-insignificant probability of impacting Earth”.

Baba Vanga lost her eyesight at the age of 12, when she went missing for a few days during a massive storm.

A few days after being found, she had her first vision.

Baba Vanga rose to fame after allegedly developing an healing touch during World War 2 and being visited by several country leaders, including the Bulgarian tsar, Boris III.

Her most famous prediction is the one regarding the terrorist attack to New York on September 11, 2001.

She reportedly said: “Horror, horror! The American brethren will fall after being attacked by the steel birds.

“The wolves will be howling in a bush, and innocent blood will be gushing.”

Colossal Exoplanet Is One of The Most Massive Super-Earths Ever Discovered : ScienceAlert
Forests at Risk of Burning an Extra 30 Days a Year Without Climate Action : ScienceAlert
Mars Once Had So Much Water, It Could Have Been An Ocean World, Scientists Say : ScienceAlert
The FDA Just Approved The Most Expensive Drug in The World : ScienceAlert
Cannabis For Pain Relief? Review of 20 Studies Provides Sobering Results : ScienceAlert