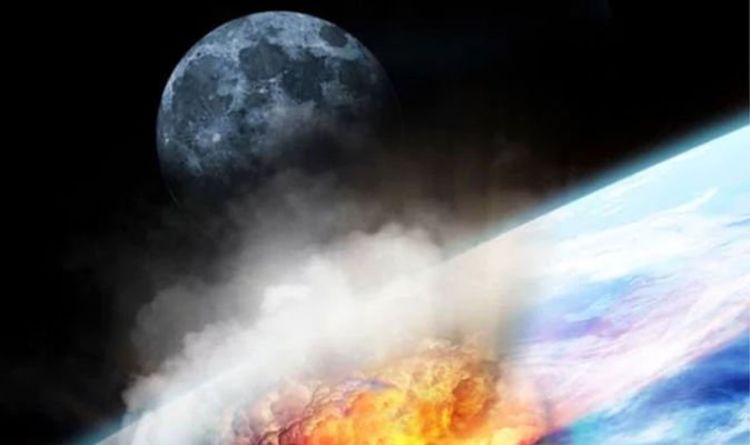 
The object, known as Asteroid 2006 QQ23, is expected to skim past Earth within a week. The celestial body is around 570 metres in diameter and is one of around six asteroids of this size that come by Earth each year. NASA has dispelled concerns that the rock – which has been branded as “potentially hazardous” – will hit Earth.

Planetary defence officers for NASA Lindley Johnson and Kelly Fast told CNN that there is nothing to fear.

Ms Fast said: “It’s the ones we don’t know about that we’re concerned about.”

Mr Johnson even said the asteroid was “more or less benign”.

The asteroid is expected to skim past Earth at a distance of 7.4 million kilometres on August 10.

An asteroid of this magnitude could destroy an enormous area of Earth.

A significantly smaller meteor which was just 17 metres wide exploded near the Russian city of Chelyabinsk in 2013, injuring about 1,000 people.

Around six rocks of the same volume approach Earth each year.

NASA said there are 900 asteroids with a diameter more than one kilometre orbiting Earth around the Sun, while the biggest is nearly 34 kilometres wide.

The US space administration and other countries’ agencies catalogue and track space objects.

According to NASA, if any object passes too close to Earth then it would launch a space campaign to deflect the object.

One of the “asteroid hunters” said there could be space rocks they don’t know about which could pose a threat to Earth.