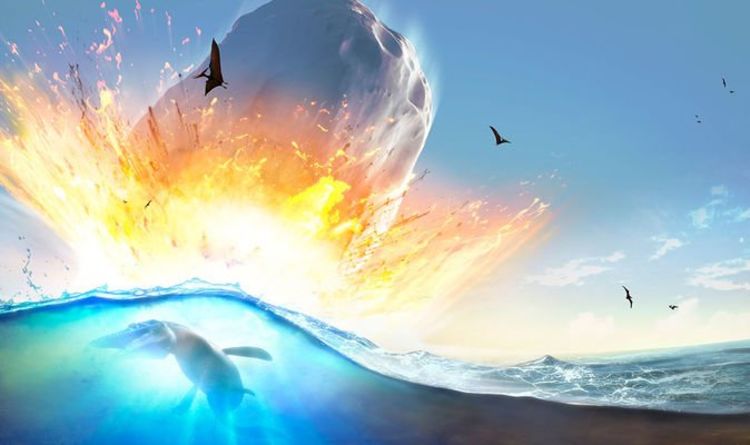 Research scientist and official representative for Billy Meier, Michael Horn, insisted that the Apophis asteroid would definitely hit planet Earth and cause mass destruction whoever it hit. During an interview with Express.co.uk, he claimed that he and his team have narrowed down the area to between the North Sea and the Black Sea. He explained that the impact of the Asteroid could result in human life extinction due to the varied after impact effects.

Mr Horn said: “There are two things we are speaking about here, a massive asteroid collision and the otherwise certain collision impact from Apophis.

“We know, in terms of the research time that I have, will be between the North Sea and the Black sea, which isn’t too far from the UK.

“To spell out such an impact, we have taken the trouble to illustrate this information, we have put it online in comic book form so people can have a graphic sense of what this means.

“The descriptive words are probably even more important because of the tremendous damage.

Michael Horn revealed where he and his team believe Apophis will strike Earth (Image: Getty)

Michael Horn has insisted that Apophis will eventually hit the planet (Image: N/A)

“If and when Apophis, let us say specifically in the area between the North Sea and the Black Sea.

“It will cause a crack, cracking in the Earth’s crust whether it hits by the sea or nearby.

“It will cause a massive release of gasses, there will be pieces of the asteroid and the Earth that would be hurled back into space.

“There is tremendous heat as a thing like that comes in meaning fires and millions of people perish in the immediate area.

An impact from Apophis will likely prove to be massively devastating to the planet (Image: Getty)

“Then the asteroid impact produces a possibly global effect.

“From everything from nuclear winter kind of phenomenon where the sky is darkened and gasses migrating damage to the seas.

“Every kind of consequential complication from a massive object coming in at enormous speeds and glowing hot in the atmosphere and impacting the Earth.

NASA has created a simulation of their expected path of the Apophis asteroid (Image: NASA)

“We don’t want to see that, nobody does so whether it is between the North Sea and the Black Sea or anywhere other place, if the Apophis asteroid hits it will cause massive damage.”

NASA has already begun preparations for the arrival of asteroid 99942 Apophis – dubbed the ‘God of Chaos’ asteroid – which will skim past the earth in 10 years according to the space agency.

The asteroid measures 340 meters across and will pass within just 19,000 miles of Earth’s surface.

Apophis is one of the largest asteroids to pass so close to the Earth’s surface and a collision with the planet has the potential to be devastating for all life on Earth.

Here’s What Scientists Know So Far About The ‘Novel Coronavirus’ From China
Life’s First Genes May Have Contained a Nucleic Acid You’ve Probably Never Heard Of
Mysterious Footprints Indicate Neanderthals Climbed a Volcano Right After It Erupted
Astronomers Have Caught a ‘Vampire’ Star in The Act of Draining Its Companion
Titanic: Dark secret that helped sink ship exposed – ‘Should never have set sail!’ | Weird | News