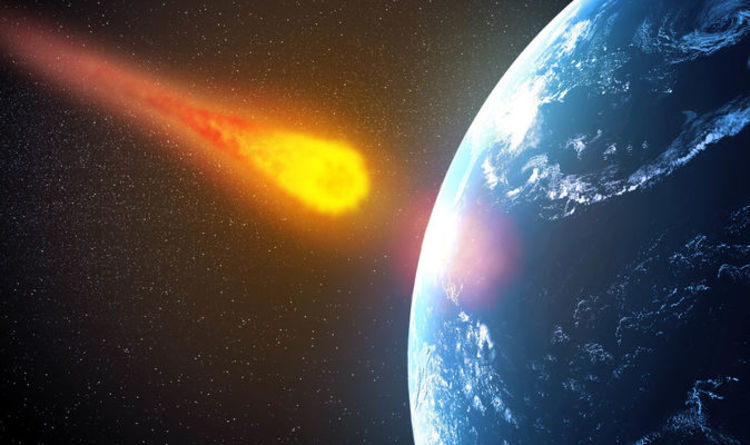 
Asteroid Bennu has a diameter of more than 500 metres would unleash 1,200 megatons of energy on impact, 80,000 times that of the Hiroshima bomb.

The asteroid weighs around 79 billion kilograms, some 1,664 times as heavy as the Titanic.

Members of a US ‘national planetary defence team’ have published a study warning of the potentially “dire” consequences of the huge space rock smashing into the planet.

And experts warn there is nothing that could be done to save earth should the giant space rock strike.

Bennu has a 1 in 2,700 chance of striking Earth on September 25, 2135 – and while those odds seem to be in our favour, they are minuscule in astronomical terms.

Kirsten Howley, a physicist at Lawrence Livermore National Laboratory and co-author on the paper, said: “The chance of an impact appears slim now, but the consequences would be dire.

NASA is working on its Hypervelocity Asteroid Mitigation Mission for Emergency Response vehicle – or HAMMER – which is designed to blow up asteroids using nuclear weapons, or steer the space rocks clear.

But because Bennu is so big, the latter technique would not be possible leaving nuclear weapons as the final option which is also ruled out as this would then cause radioactive debris to rain down on Earth.

HAMMER is just nine metres tall so any chance of pushing the asteroid away would require a lot of effort.

Ms Howley added: “The push you need to give it is very small if you deflect the asteroid 50 years out.

“The probability of a Bennu impact may be 1 in 2,700 today, but that will almost certainly change – for better or worse – as we gather more data about its orbit.

“Delay is the greatest enemy of any asteroid deflection mission.”

The study said it would take a minimum of 7.4 years to reach Bennu if the decision was made to send a craft and “many years for the small change in speed to accumulate into a sufficient change in trajectory”.