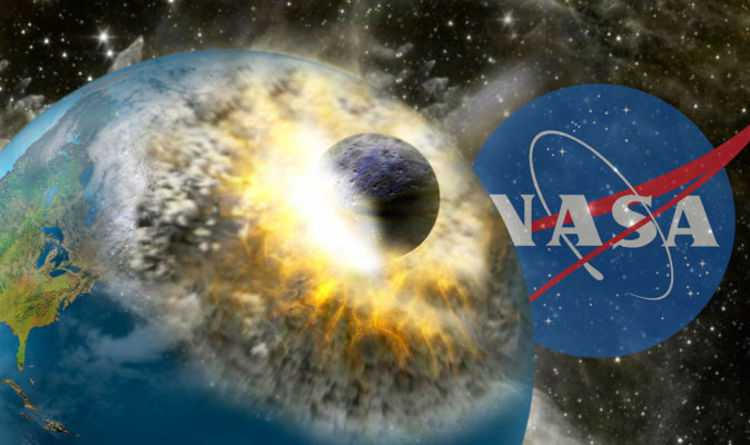 
The huge asteroid, known as Bennu, has a massive diameter of more than 500 metres, and is roughly the height of the Empire State Building.

Experts believe that even intense nuclear bombing would not be enough to save the planet.

Scientists say that there is a one in 2,700 chance that Bennu could hit Earth in 2135, and while those odds seem to be in our favour, they are minuscule in astronomical terms.

NASA is working on its (Hypervelocity Asteroid Mitigation Mission for Emergency Response vehicle) craft which is designed to blow up asteroids using nuclear weapons, or steer it clear but as Bennu is so big, the latter technique would not be possible as the machine would not be able to nudge the asteroid.

This leaves the only option as nuking the asteroid, which means that even if it is destroyed, radioactive debris could rain down on Earth.

The asteroid weighs around 79 billion kilograms, some 1,664 times as heavy as the Titanic.

HAMMER on the other hand is just nine metres tall so any chance of pushing the asteroid away would require a lot of effort.

Ms Howley added: “The push you need to give it is very small if you deflect the asteroid 50 years out.

“The probability of a Bennu impact may be 1 in 2,700 today, but that will almost certainly change – for better or worse – as we gather more data about its orbit.

“Delay is the greatest enemy of any asteroid deflection mission.”

Alarming Spread of Bird Flu Continues as More Species Infected : ScienceAlert
A Billion-Dollar Biotech Company Plans to Bring The Dodo Back to Life : ScienceAlert
Ancient Goo Spills The Secrets of How The Egyptians Mummified Their Dead : ScienceAlert
Bar Graphs Induce a Hidden Bias in Interpretation, Experiment Shows : ScienceAlert
Wildfire Destruction in The Western US Has Doubled in Just 10 Years : ScienceAlert