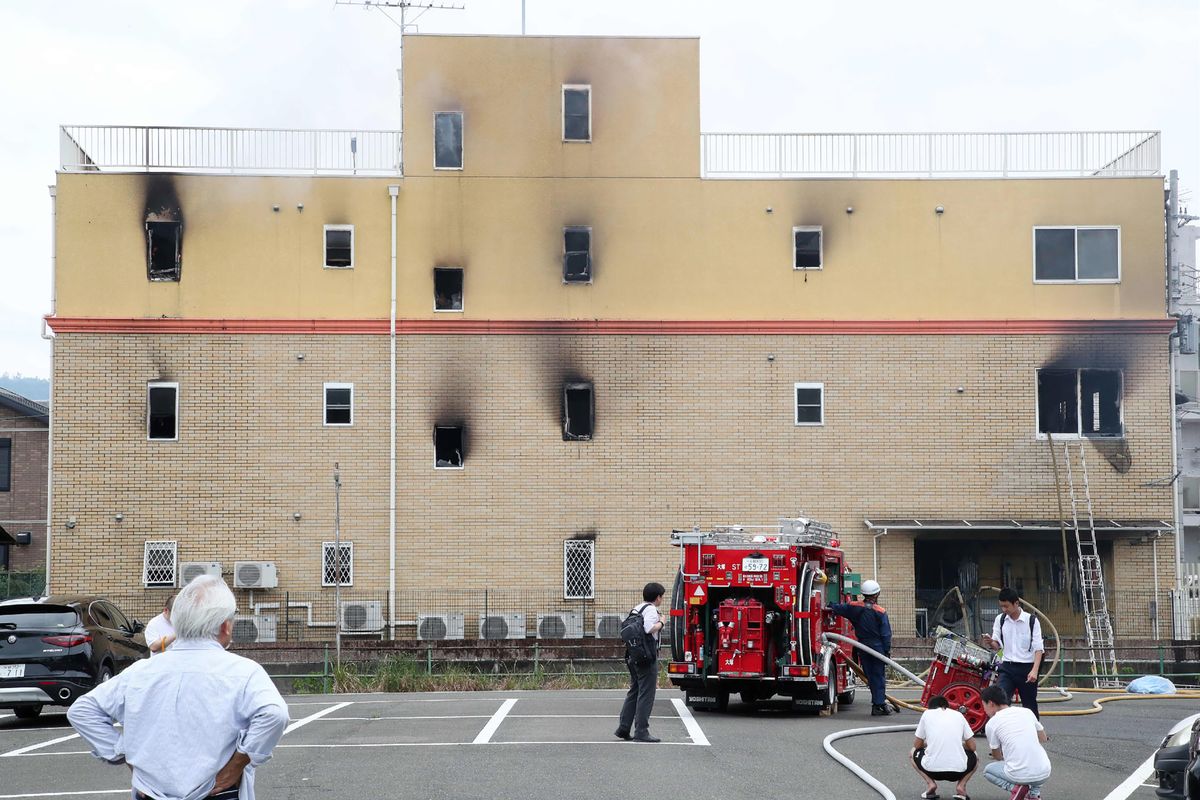 
Several people have been killed after an apparent arson attack destroyed a building at Kyoto Animation, one of Japan’s most renowned anime studios on July 18, 2019.

NHK reports that 16 people have been confirmed dead, while AFP says that the death toll is now at 24, according to the fire department. Many more have been injured.

An explosion was heard around the studio at around 10.30AM local time.

Police are questioning a man in his 40s who was seen spreading and lighting a gasoline-like liquid in the 1st Studio building, which is said to be where most of Kyoto Animation’s mainline production takes place.

Mainichi Shinbun reports that the man said he started the fire.

Kyoto Animation, commonly known as KyoAni, was founded by Yoko and Hideaki Hatta in 1981 in the Kyoto prefectural city of Uji, just outside the city of Kyoto itself.

It’s best known for series like K-On! and The Melancholy of Haruhi Suzumiya, and released standalone feature A Silent Voice in 2016 to widespread acclaim. Netflix picked up the streaming rights to KyoAni’s Violet Evergarden series and made it available worldwide last year.

KyoAni has developed a reputation for high quality animation with a distinctive visual style, and it’s considered one of the more hospitable places to work in Japan’s famously high-pressure anime industry. Unlike most other studios, KyoAni hires animators as salaried employees who aren’t paid per frame.

“As long as the studio’s formula lets it operate on a different basis from the rest of the Japanese animation industry, it has the opportunity to produce distinctive, memorable features, capable of playing to international audiences,” The Verge’s Michael Moore wrote in 2017 upon A Silent Voice’s limited US release. “A Silent Voice clearly shows that if KyoAni keeps on its present track, it has the potential to be spoken of in the same way we talk about Studio Ghibli — as a source of outstanding work, telling stories in ways no one else can tell them.”

This is terrifying! Arson attack on one of the most reputable anime studio in Japan. Very bad news!