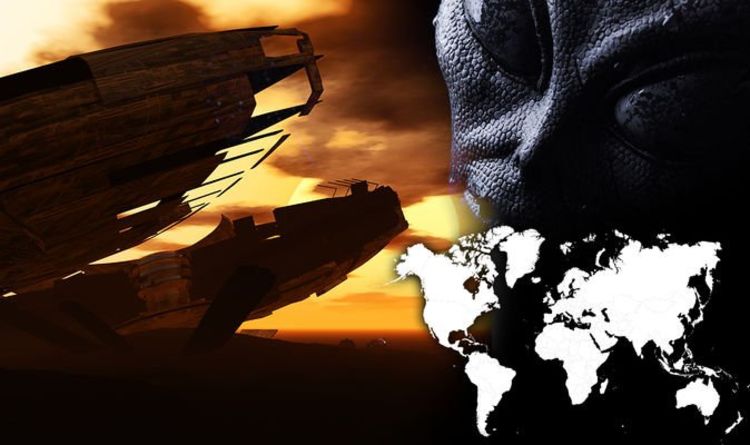 There is the potential for so much scattered debris from UFOs that there are like other ‘Area 51s’ around the world, James Abbott said. Mr Abbott said too many people have made alien allegations against Area 51 for the site to simply be a conventional US Air Force base. The US-based author, who has just published the second volume in his Outsider’s Guide to UFOs, made his remarks after a Facebook event calling for people to “storm” the secret facility attracted more than a million people confirming their plans to attend.

The event, intended as a joke, has nevertheless focused attention of the mysterious base, officially known as Homey Airport or Groom Lake, where conspiracy theorists claim the US Government is hiding technology “reverse-engineered” from extra-terrestrial spacecraft.

Mr Abbott, whose books attempt to take an objective look at UFO phenomena, said: “Too many people over the years have made allegations about what is going on in Area 51 for one to simply believe it’s a straightforward advanced aircraft design facility.

“If – and it’s a very big if – the US government has come into possession of some incredible material or technology which could not have originated on this planet, Area 51 would be at the top of anyone’s list for researching it.”

There could be UFO wreckage all over the world, Mr Abbott said (Image: GETTY)

A satellite picture of Area 51 in Nevada (Image: GETTY)

The USA is not unique in terms of UFO sightings – there have for example been several famous cases in the UK, including the so-called Rendelsham Forest incident centred on Rendlesham Forest in Suffolk.

Consequently, Mr Abbott said there could be wreckage from crashed UFOs “in almost every developed country on Earth”.

He added: “It’s not the only place that people believe bits of strange objects might be stored and researched – there are allegations of ‘crashed’ UFOs in almost every developed nation on Earth.

JUST IN: A MYSTERY object spotted shooting past a SpaceX satellite

UFO sightings spiked after World War 2 – like this one in Nevada in 1950 (Image: GETTY)

“If they exist in Russia, China, America and even Britain there’s no doubt that the best brains will be thrown at them and that the whole thing will be kept top-secret just in case one of those brainboxes manages to crack the technology.”

He also suggested the insatiable public curiosity for all things extraterrestrial, coupled with years of rumours and the secrecy with invariably applies to all military facilities, meant the US Government was in an impossible position.

He said: “You have to feel a certain amount of sympathy for the US government.

Filmmaker Jeremy Corbell and Bob Lazar at the premier of the Netflix documentary (Image: GETTY)

“Even if they threw Area 51 open to public tours or to controlled groups for investigatory inspections, no-one would ever believe that there was nothing unusual being hidden there and concealed even from the most official of inspections. Governments are the villains whatever they say.”

Explaining the ethos behind his book, which is available for Kindle download on Amazon, Mr Abbott said: “Some of my friends are part of this group of intelligent outsiders – people with open minds but with limited understanding of the subject – and I wanted to write a balanced book which would tell the story and allow them to make up their own minds about what was going on.

“The second volume is intended to take the story into this century and do two things: firstly, demonstrate that the sightings continue (ie it is not a dead subject with nothing going on) and that they are every bit as compelling and credible as the ones from the first book.

“And secondly, explore the paranormal side and its possible connections with where scientists are currently going (ie down the route which leads to the quantum world, to ever-expanding universe, and to their increasing interest in zero-point energy).”

He was also keen to stress his scepticism, notably with regard to the claims of Bob Lazar, subject of a recent Netflix documentary, to have worked as a scientist at Area 51 dealing with alien artefacts.

Mr Abbott said: “There are just too many gaps and loopholes in his story for me to even begin to accept most of it.

“If this is clever disinformation and character-assassination by the US government we’ll not know for a very long time.

“Within the UFO community there are severe doubts about Lazar’s testimony and not all of them seem to be the result of jealousy.

“Usually one can weigh a witness according to the average reaction to him or her by the more serious people who know the subject.

“In Lazar’s case he has his supporters and detractors but not enough of the former for the outsider to accept his bona-fides.”