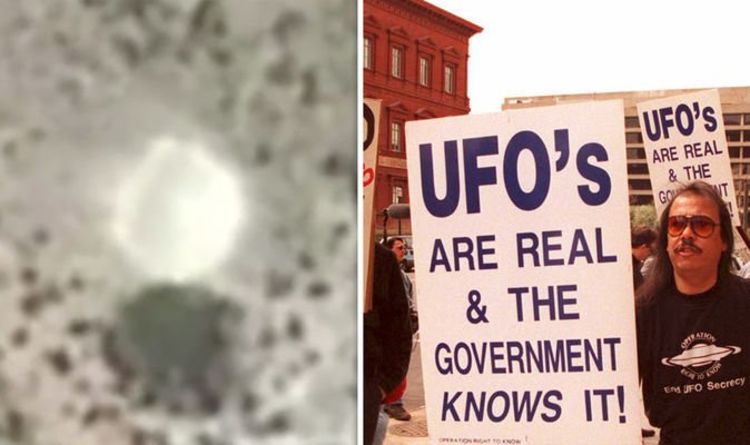 
One Youtuber discovered what looks like a strange circle in the middle of a Nevada desert, leading to theories that it is a UFO located inside the top secret military base. Area 51 – a high security US military post – has long been associated with alien activity, and this discovery will not do anything to dampen that conspiracy theory. In the video, uploaded by channel TheLifeBeyondEarth, the narrator gives the coordinates as 37°18’20.41”N 116°28’21.13”W.

Those coordinates when placed on Google Earth take one to a spot in a desert in Nevada where a white circle can be seen.

Mr Waring wrote on his blog UFO Sightings Daily: “Using Google Ruler we see that the UFO is 31.36 feet across or 9.5 meters. Its shadow is 8.15 meters across or 27.8 feet across.

“The area where this UFO is hovering at is all part of Area 51 which covers hundreds of square miles. I checked out the UFOs on Google earth and they are there.”

However, many people commented saying that they were not buying into Mr Waring’s theory.

Youtuber VWman100 said: “If you look at the images on Google Earth, and scroll through times and years, they’re still there, so it’s obviously fake or some kind of structure.”