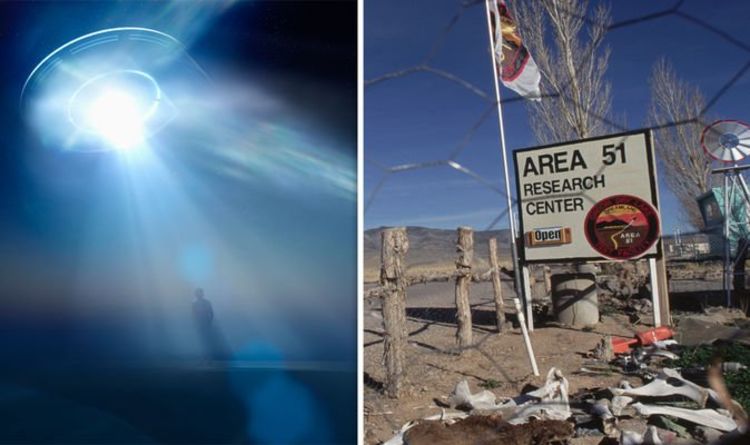 
Almost two million people have signed up to a Facebook event encouraging people to descend on Area 51 to uncover any potential alien secrets. According to the description of the Facebook group called ‘Storm Area 51, They Can’t Stop All of Us’, attendees will meet nearby and storm the top secret base on September 20. The description reads: “We will all meet up at the Area 51 Alien Center tourist attraction and coordinate our entry. If we naruto run, we can move faster than their bullets. Let’s see them aliens.”

As a result, the St Lawrence Agency, also known as the ‘UFO Abduction Insurance Company’, has begun offering insurance to those planning on attending.

A very brief description on the company’s website reads: “We have just added Area 51 Coverage! – If you get in, but don’t come out.”

Mike St Lawrence, founder of the firm, admits the insurance policy is very much tongue in cheek, and has warned people to stay away from Area 51.

He told WBTW News 13: “I take a very opened mind approach to this, whether it’s happening or not.

“But if you get one of our policies, show you have a sense of humour about it.”

On the potential Area 51 raid, Mr St Lawrence said: “It is activated if you go in and you don’t come out.

“If I could give advice, it would be to stay home because this is a military site and they probably take blocking people from getting in seriously.”

A staggering 1.9 million people have clicked attending on the Area 51 event.

Viagra Linked to Much Lower Risk of Death in Men, But Questions Remain : ScienceAlert
Major Blow as Experimental HIV Vaccine Fails in Late Clinical Trial : ScienceAlert
Babies May Not Be Born With a Microbiome After All, Scientists Say : ScienceAlert
Dozens in 7,000 Year Old Mass Grave Were Carefully Decapitated After Death : ScienceAlert
These 5 Traces of Ancient Ancestors Still Exist in Human Bodies Today : ScienceAlert