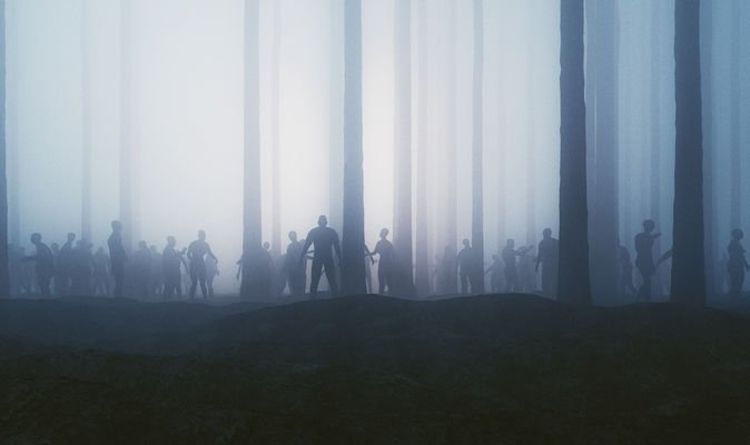 One parasite in particular could lead to a potential “zombie” apocalypse in human beings.

A single-celled parasite called Toxoplasma actually already infects around 40 million Americans-a-year, according to the Centres for Disease Control and Prevention (CDC).

Other studies have found that this parasite actually impacts human behaviour.

Ms Aktipis said: “[The parasite] somehow evolved to make a rat get turned on by the smell of cat urine, so it goes up to a cat and snuggles with it, and then it gets eaten which completes the life cycle of the toxoplasma – if that’s not zombification then what is?”

Reportedly, humans can get infected by the deadly parasite just by eating undercooked meat or through their pet cats.

Even cleaning out a cat’s litter box could lead to infection.

Other studies have found that brain infection from the parasite could lead to certain behaviours in humans.

One such behaviour often associated with zombies is aggression, which is also caused by the parasite.

Biology professor at Rice University Kelly Weinersmith was part of a team who made the discovery about the wasps.

She said that a healthy crypt gall wasp matures inside a compartment in an oak tree called a “crypt”.

Eventually, once the wasp is fully grown, it chews its way through the bark out the tree.

However, when the parasitoid wasp finds crypt gall wasp larvae, it lays its own egg in the crypt.

The parasite then manipulates the host into chewing a hole too small for it to fully escape from.

Instead, the wasp can only stick its head out the tree.

Ms Weinersmith said: “After they get trapped there, the parasitoid eats [the crypt gall wasp’s] insides.