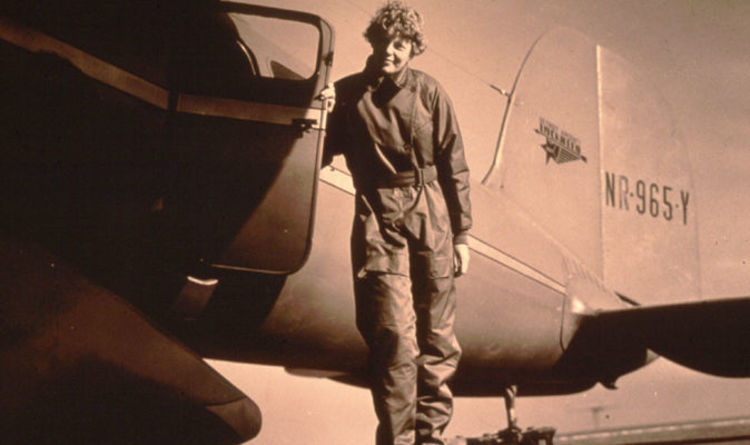 
The first female pilot to fly solo across the Atlantic Ocean was thought to have died in the Pacific Ocean after her Lockheed Electra 10E plane crashed in 1937 as she made her second attempt to circumnavigate the globe.

Skeletal remains were found on a remote island, called Nikumaroro Island, in the South Pacific in 1940 but physician D W Hoodless, who analysed the bones, said that they belonged to a man.

However Richard Jantz, professor emeritus of anthropology and director emeritus of UT’s Forensic Anthropology Center, has re-examined the remains and concluded that they are Amelia Earhart’s.

Using several different methods to analyse the bones, Prof Jantz is sure that the skeleton belonged to Ms Earhart.

In fact, according to the study published in Forensic Anthropology, the data revealed that the bones have more similarity to Earhart than to 99 percent of individuals in a large reference sample.

Prof Jantz blames poor forensic technology available to experts at the time for not being able to properly identify that the bones are of the aviator.

The paper reads: “Forensic anthropology was not well developed in the early 20th century.

“There are many examples of erroneous assessments by anthropologists of the period.

“We can agree that Hoodless may have done as well as most analysts of the time could have done, but this does not mean his analysis was correct.”

The paper adds that Ms Earhart “was known to have been in the area of Nikumaroro Island, she went missing, and human remains were discovered which are entirely consistent with her and inconsistent with most other people.”

American aviation pioneer Amelia Earhart disappeared without a trace on July 2 1937 at the age of 39.

The pilot went missing during an attempt to fly a circumnavigational route around the world.

Since that day, there have been countless conflicting theories about the fate met by the aviator and her navigator, Fred Noonan.

But theories can now be put to bed.

Bacteria Can Use Plastic Waste as a Food Source, Which Isn’t as Good as It Sounds : ScienceAlert
Viagra Linked to Much Lower Risk of Death in Men, But Questions Remain : ScienceAlert
JWST Has Found Life’s Elemental Building Blocks in The Depths of Darkest Space : ScienceAlert
Major Blow as Experimental HIV Vaccine Fails in Late Clinical Trial : ScienceAlert
Scientists Create Shapeshifting Humanoid Robot That Can Liquefy And Reform : ScienceAlert