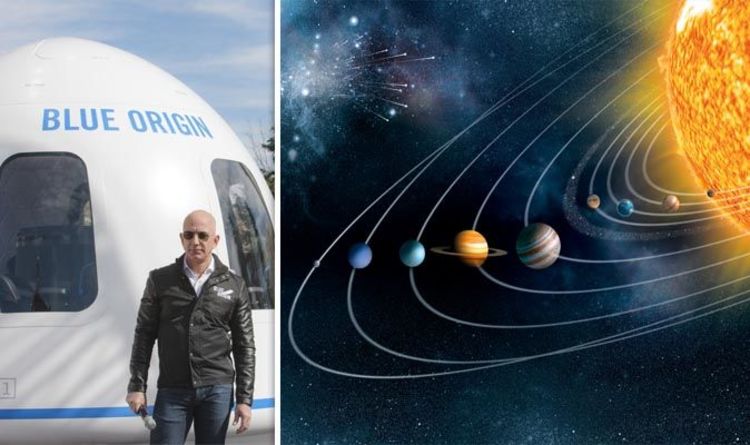 The multi-billionaire claims he will invest “little more” than a billion dollars (£755,920,000) in the next year in Blue Origin to get the space firm truly up and running.

By doing this, Blue Origin will lower the cost to get to space for civilians.

The most likely destination for humanity would be the moon and Mars, but Mr Bezos says it will take a lot more companies to get involved if this dream is to become a reality.

Speaking at the Wired 25th anniversary summit in San Francisco, the 54-year old cited the example of the internet in terms of how quickly space exploration could take off if more firms get involved.

He said: “The dynamism that I have seen over the last 20 years in the internet where incredible things have happened in really short periods of time.

“We need thousands of companies. We need the same dynamism in space that we’ve seen online over the last 20 years. And we can do that.

“We are starting to bump up against the absolute true fact that Earth is finite.”

However, Mr Bezos admitted the finality of this project is a long way off.

He said: “I won’t be alive to see the fulfilment of that long-term mission.”

Mr Musk’s SpaceX and Richard Branson’s Virgin Galactic are also in the running to get civilians into space.

Virgin Galactic is a few steps behind its main competitor SpaceX, which last month announced it will be sending its first private citizen around the moon in 2023 – Japanese online fashion businessman Yusaku Maezawa.

Sir Richard said Virgin Galactic is “more than tantalisingly close” to its first trip to space.

Nonetheless, Sir Richard is undeterred and says there will be customer demand.

He said: “If I have a room full of 10 people, eight out of 10 would love to go to space if they could afford it.

“So I think the market for people who would love to become astronauts and go to space is gigantic.

“And it is up to us to produce as many spaceships as we can to cater with that demand.”

While Sir Richard says that he will have humans in space next year, Mr Musk has set a target of 2030 to get people to Mars, with the first people there being tasked with beginning to build a new civilisation.