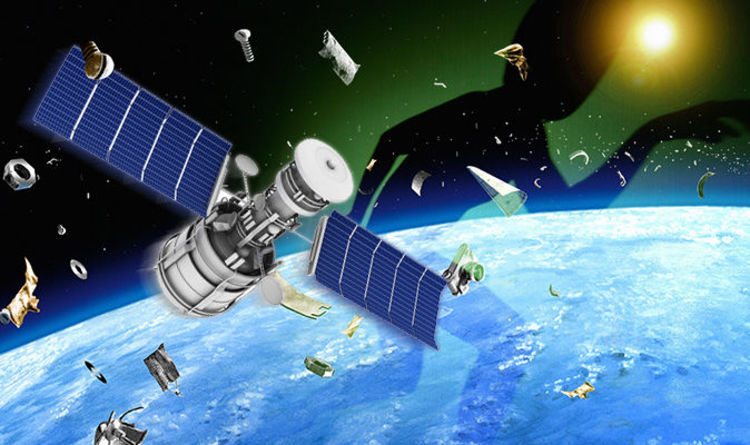 
A new study has detailed a revolutionary way to look for extraterrestrials – and that is by searching for man-made, or alien-made, object orbiting a planet.

There are over 100,000 man-made objects orbiting the Earth, and the same would likely apply to alien civilisations who are as advanced, or more so, than us.

To spot a planet with orbiting satellites, astronomers could use the ‘transit method’ – which is where light observed from a star dips as a planet passes by it, thus how exoplanets are found.

The same could apply to planets with orbiting collective junk, which astrophysicist Hector Socas-Navarro from the Canary Islands Institute of Astrophysics in Spain has called a Clarke Exobelt (CEB).

Writing in a paper published on arXiv.org, Dr Socas-Navarro says: “The idea is to examine the region of space around a planet where potential geostationary or geosynchronous satellites would orbit hereafter, the Clarke Exobelt.

“Civilisations with a high density of devices and/or space junk in that region, but otherwise similar to ours in terms of space technology, our working definition of ‘moderately advanced’, may leave a noticeable imprint on the light curve of the parent star.”

However, one stumbling block in looking for these CEBs is that astronomers could mistake natural satellites – such as moons and rings like the ones around Saturn – could be mistaken for manufactured products.

But Dr Socas-Navarro does not see this as an issue as no one has yet to find a moon or anything of similar ilk around an exoplanet.

He told New Scientist: “The nice thing is that looking for Clarke Exobelts comes for free with the search for moons and rings.

“It’s as if someone gives you a free lottery ticket. You know it’s utterly unlikely that you’ll win the prize but wouldn’t you check, just in case?”

Wildfire Destruction in The Western US Has Doubled in Just 10 Years : ScienceAlert
Our Body Temps Have Been Dropping For 160 Years. Gut Microbes May Be Playing a Role : ScienceAlert
Mysterious Medieval City in Africa Had a Genius System to Survive Drought : ScienceAlert
A Billion-Dollar Biotech Company Plans to Bring The Dodo Back to Life : ScienceAlert
Bigfoot Has a Very Simple Explanation, Scientist Says : ScienceAlert