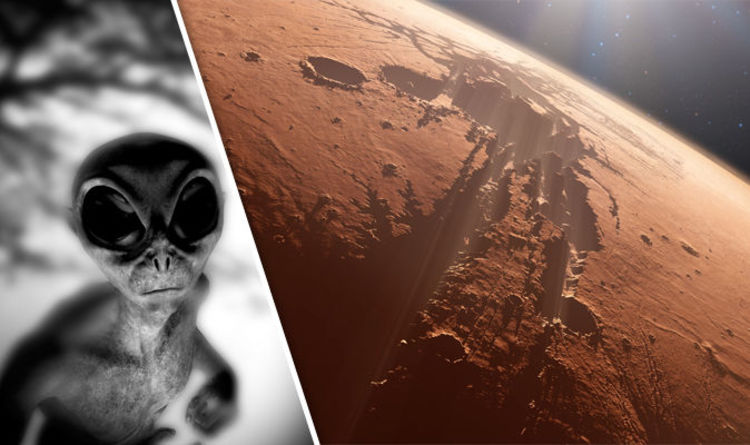 
UFO enthusiasts have been on the hunt for evidence of aliens for centuries, and one man believes he has finally found the proof.

Conspiracy theorist Scott C Waring has been trawling through images on Mars taken by rovers and believes he has found signs of life.

One of the things Mr Waring discovered was a supposed statue with two faces on it.

Another is what appears to be a crash landing site with a ruined spaceship in it.

Mr Waring wrote on his blog UFO Sightings Daily: “I found a lot of unusual alien artefacts, all of which point to the existence of an intelligent, albeit unusual alien culture.

“One object is a face with white hair, but on closer inspection, its not hair, but a second face built upon the first.

“Maybe its a symbol of unity, ties between two great leaders to unify the people.

“Also there were some faces, alien tech and a crashed alien craft broken into three large parts.”

However, sceptics and NASA would say the skull and other similar findings are just the effects of pareidolia – a psychological phenomenon when the brain tricks the eyes into seeing familiar objects or shapes in patterns or textures such as a rock surface.

This would mean that the Martian warrior skull could just be a misshapen rock.