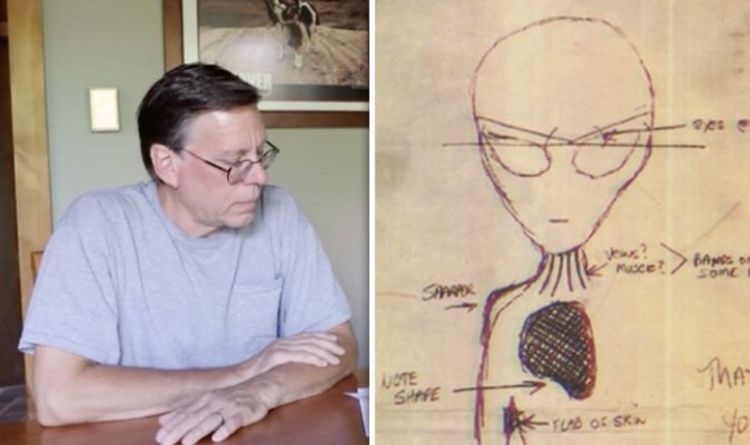 
Bob Lazar sparked an alien frenzy almost three decades ago when he announced to the world he had been working on reverse engineering UFOs at Area 51.  In 1989, with the help of journalist George Knapp, Lazar detailed a fantastic story on his apparent work at a site known as S-4, south of the USAF’s Homey Airport. He speculated that the auxiliary facility in the Nevada desert was home to several alien spacecrafts that the US government was interested in understanding.

Now, almost 30 years on, Knapp has spilt the beans on something even more shocking that Lazar told him.

Speaking with Jeremy Corbell, an investigative filmmaker who produced a two-hour long piece on Lazar’s life, the 66-year-old claimed alien organs were also being studied at S-4.

“They could have had their pick of any scientist in the world, but they chose him [Lazar] and showed him incredibly sensitive details almost immediately,” he revealed.

“As soon as he got there, they showed him alien bodies broken down – you could see their organs.

“They showed him the human-alien history – interactions and all kinds of things the UFO community had suspected, but could not prove.

“Part of him was really thrilled but he knew something was not quite right about the whole thing.”

After selling out to a 1,600 crowd, the film was released on iTunes, where it quickly rose to number one in the charts.

“My film gives you an understanding of the real Bob Lazar, which will make it harder to throw away his claims,” Corbell previously revealed.

Crocodiles Seem to Be Thriving in a Toxic River That’s More Like a Sewer. Here’s Why : ScienceAlert
Mysterious Tendrils Inside The Brain May Control Our Perception of Time : ScienceAlert
A Strange Thing Happens to Wolves Infected by Infamous Mind-Altering Parasite : ScienceAlert
Millions of ‘Silent Synapses’ Could Be The Key to Lifelong Learning : ScienceAlert
Cannabis For Pain Relief? Review of 20 Studies Provides Sobering Results : ScienceAlert