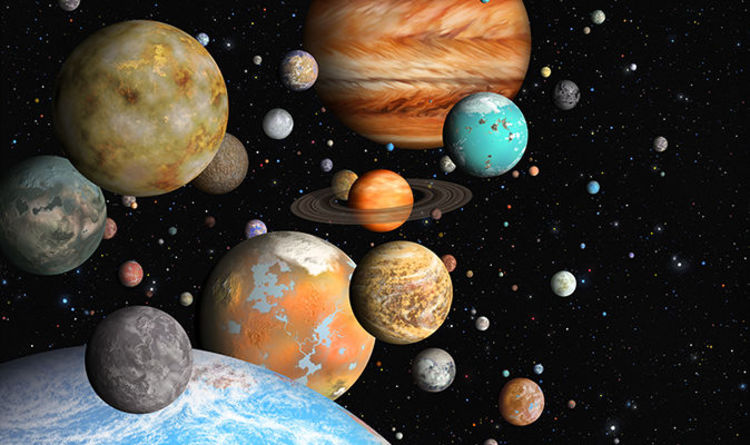 
Dr Vladimir Airapetian, a senior astrophysicist within NASA’s Heliophysics Science Division, will be among the eminent scientists who will gather for the event, to be held at Goddard Space Flight Centre in Maryland.

The symposium, entitled Environments of Terrestrial Planets Under the Young Sun: Seeds of Biomolecules, aims to use what we know about how life developed on our planet to help us understand what conditions may be required for it to flourish on other planets – including those within our solar system, such as Mars, and further-flung exoplanets.

Dr Airapsetian said: “If life emerged on Earth, then the early evidence for complex cellular life implies that the origin of life was a rapid event developing at a time scale of less than 100 million years occurring as soon as conditions became favourable.

“This argument may suggest that the origin of life on other Earth-like worlds with similar chemistry, availability of water and energy sources must be a pretty common process on terrestrial type exoplanets around solar-type stars.”

Dr Airapetian said the question of how life evolved – commonly referred in scientific circles as abiogenesis – was “among the greatest unsolved problems in current science”.

He added: “It is currently unknown if or when life may have begun on planets around other stars, or how long those planets could remain viable for life.

“In fact, we have only a superficial notion of where to look for habitable planets.

“The principal cause of this is a lack of understanding of the detailed conditions required for initiation of life and promoting life over geological timescales on Earth, the living planet known to us.”

Many factors could help the process of evolution, he said, from solar flares to volcanic activity on a planet’s surface.

He said: “The central objective of the Symposium is to unify and coordinate these efforts to understand, and characterise heliophysical, magnetospheric, ionospheric, climate and their interaction with geological environments on the early Earth, Mars and Venus and their impacts on the initiation of prebiotic chemistry.”

The last 60 years have witnessed a great deal of theoretical and experimental work to study the early Earth’s prebiotic chemistry, Dr Airapetian said.

He added: “This revealed a great complexity of the problem of the building blocks of life.

“Emerging models suggest that chemistry of early Mars and Venus could have been similar to Earth’s atmospheric chemistry and availability of free energy sources and water reservoirs could have made possible the development of building blocks of life.

“This is especially important on light of upcoming Mars 2020 that will drill the planet’s soil to a couple of feet to search for signatures of extant or current life forms in the form of bacteria.

“I have high hopes for the upcoming Martian missions to be launched in the near future that may provide fundamental answers on the origin of life on Mars and Earth.”

These Mysterious Fungi Belong to an Entirely New Branch on The Tree of Life : ScienceAlert
People in Portland Planted Trees. Decades Later, a Stunning Pattern Emerged : ScienceAlert
Colossal Exoplanet Is One of The Most Massive Super-Earths Ever Discovered : ScienceAlert
Mysterious Changes Identified in The Brains of People Who Get Migraines : ScienceAlert
Scientists Revived Ancient ‘Zombie Viruses’ Frozen For Eons in Siberia : ScienceAlert