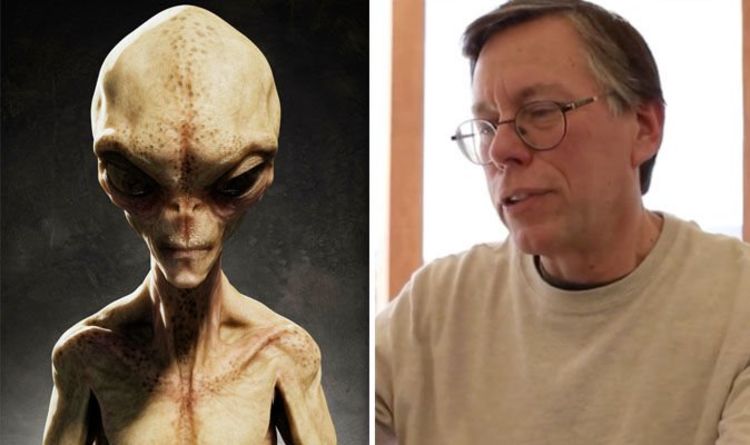 
Bob Lazar gained international infamy back in 1989 when he claimed he was working on reverse engineering alien spacecrafts inside Area 51.  In 1989, with the help of journalist George Knapp, Lazar detailed a story claiming he was stationed at a base known as S-4, south of the USAF’s Homey Airport. He speculated the auxiliary facility in the Nevada desert was home to a number of UFOs that were being tested by the US government to be reverse engineered.

Now, three decades later, he has revisited his story and revealed some bombshell details.

Investigative filmmaker Jeremy Corbell has spent the last few years digging into his background to help shed some light on the truth.

In his new film, “Bob Lazar, Area 51 & Flying Saucers,” Lazar was asked whether he ever came face-to-face with extraterrestrial life.

“[Once] I had a glance through a window and I think these guys had a doll in a small chair similar to what would be in the craft.

“I think they were just looking at dimensions – I only saw it at a glance.

“I don’t think it was an alien but it was like a 400-millisecond glance.”

Corbell then pressed whether workers had a nickname for the aliens.

Last week, the pair travelled to Los Angeles together, where their new film was premiered at the Ace Hotel to a sold-out audience of 1,600 people.

It then hit number one worldwide on the iTunes documentary charts the following day.

“My film gives you an understanding of the real Bob Lazar, which will make it harder to throw away his claims,” Corbell previously revealed.

A ‘Wormhole’ Built on a Quantum Computer Teleported Information as Predicted : ScienceAlert
We May Finally Know How Lightning Gets Its Zigzag Shape : ScienceAlert
Engineers Propose an Ambitious Plan to Bury Excess Carbon at The Bottom of The Ocean : ScienceAlert
The Brains of Teenagers Look Disturbingly Different After Lockdown : ScienceAlert
Massive Global Study Shows Belief in Witchcraft Is More Abundant Than You Might Think : ScienceAlert