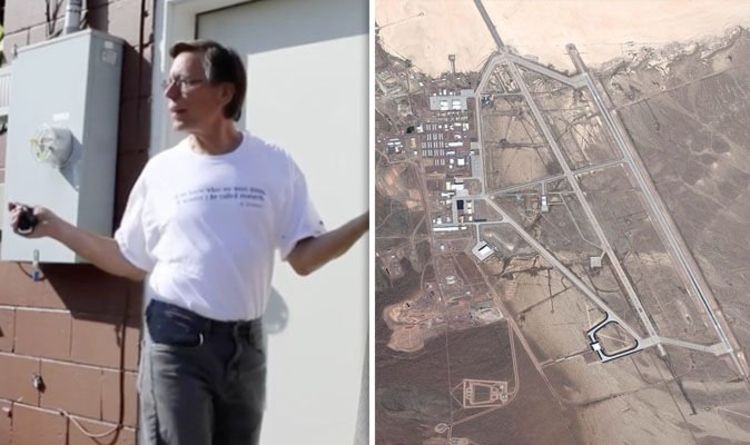 
Bob Lazar rose to fame almost 30 years ago when he claimed he played a part in UFO testing inside a top-secret United States Air Force base in Nevada.  With the help of journalist George Knapp, Lazar revealed his story to the world in 1989 – detailing his apparent work at an auxiliary facility south of Area 51 named S-4. Here, the 59-year-old said his sole responsibility was to attempt to “reverse engineer” something known as Element 115 from alien spacecrafts.

Following the revelation, Lazar received worldwide attention over his claims, but with that came huge criticism.

The science technician then went quiet for 30 years.

With the help of investigative filmmaker Jeremy Corbell, Lazar was able to tell the “full story” of his apparent time working with the US government.

He released his film “Bob Lazar: Area 51 & Flying Saucers” on Tuesday with a world premiere in Los Angeles, US.

The film quickly rose to number one on the iTunes charts worldwide.

However, their work together has apparently caused some unrest with those in high places.

“I had the back tyres of my car shot out while I was driving,” Bob revealed.

“It was obviously the government – this is why I’m saying it on tape – it’s my insurance.”

Mario Santa Cruz, one of Lazar’s neighbours, confirmed the story during the new film.

“I was with him a couple of times (when they shot at him),” he revealed.

“I actually always carried a weapon when we were together.

“He just wanted to stay alive – he dug deep and came away with an incredible story.”

Giant Asteroid Unleashed a Devastating Martian Megatsunami, Evidence Suggests : ScienceAlert
Forests at Risk of Burning an Extra 30 Days a Year Without Climate Action : ScienceAlert
Mars Once Had So Much Water, It Could Have Been An Ocean World, Scientists Say : ScienceAlert
Crocodiles Seem to Be Thriving in a Toxic River That’s More Like a Sewer. Here’s Why : ScienceAlert
Astronomers Spot The Biggest Galaxy Ever, And The Scale Will Break Your Brain : ScienceAlert