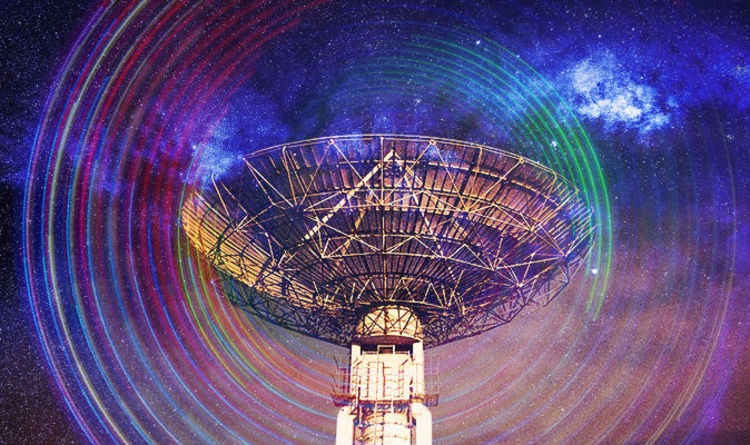 The idea mankind is not alone in the universe has long fired imaginations.

These thoughts have fuelled the Fermi Paradox – an apparent contradiction between the lack of evidence and high probability estimates for the existence of extraterrestrial civilisations.

The Fermi Paradox argues Earth is comparatively young and interstellar travel potentially achievable, so aliens should already have contacted Earth.

But humanity’s search for alien life is only now really beginning in earnest, according to acclaimed American astronomer Jill Tarter, a scientist who inspired Jodie Foster’s character in the 1997 science fiction film Contact.

“The universe is huge”, explains Dr Tarter, a former director of the prestigious Search for Extraterrestrial Life Institute (SETI).

“If you build a mathematical model, the amount of searching that we’ve done in 50 years is equivalent to scooping one glass from the Earth’s oceans to look for a fish.”

Yet despite the daunting scale of the task ahead, Dr Tarter believes exponential technological progress holds the key to the search.

“Artificial intelligence is a wonderful opportunity that we didn’t have in the last decade”, she said.

Search for alien life: Mankind is only now technologically capable of searching for aliens (Image: Getty)

“We have spent our time until now exploring data sets and asking our computers to find particular structures and frequencies that we define.

“But now AI and neural networks can be trained to look for the data and simply tell us if there is anything other than astronomical emissions from galaxies or clouds of gas and dust – they look pretty noise-like.

“That is a real distinction – we are not telling it needs to look for, we are querying the data to find out if there is anything other than noise in it”, she she.

Technosignatures – evidence of technology – represent a renewed effort to detect alien civilisations, with space agency NASA among those focussing on this relatively-new concept first coined by Dr Tarter.

READ MORE: What is this pale blue dot?

“But what we have done is use technology as our proxy.

“If we find evidence out there of something that appears to have been intentionally – or even unintentionally – engineered, then we are going to presume that at some point in time there existed intelligent engineers or technologists who did this”, she said.

Some scientists, notably including noted physicist Dr Stephen Hawking, have cautioned against attempting to make contact with aliens, over concerns they could be “vastly more powerful and may not see us as any more valuable than we see bacteria.”

Dr Tarter disagrees, saying: “It is hard to have have concerns because that horse has already left the building”, she said.

Alien life search: Artificial intelligence is described as ‘a wonderful opportunity’ for the search (Image: Getty)

Alien life search: A technosignature is something that requires engineering (Image: Getty)

“We have been transmitting electromagnetic waves from this planet for around one hundred years.

“So there is this bubble expanding out from the Earth, getting bigger by one light year every year, meaning we have announced our technology for around a hundred years.

“But for the last 2.4 billion years we have announced life on this planet because of the oxygenation of our atmosphere thanks to blooming algae.

“So life has been modifying the atmosphere in ways which are detectable for a very long time.

“I don’t know whether I am concerned about this.

“If they can come here then their technology is inordinately more advanced than ours and it would have required more time for them to develop that technology.

“Therefore I would conclude they would be older than we are as a civilisation.

“And I wonder whether you can get to be a old civilisation if you don’t outgrow that aggressive tendencies that helped make you intelligent in the first place.

“So I suggest that an old technological civilisation may have had to lose these aggressive tendencies in order to become old and sustainable.

“And therefore they may not be a threat to us”, she said.

READ MORE: Is there alien life out there?