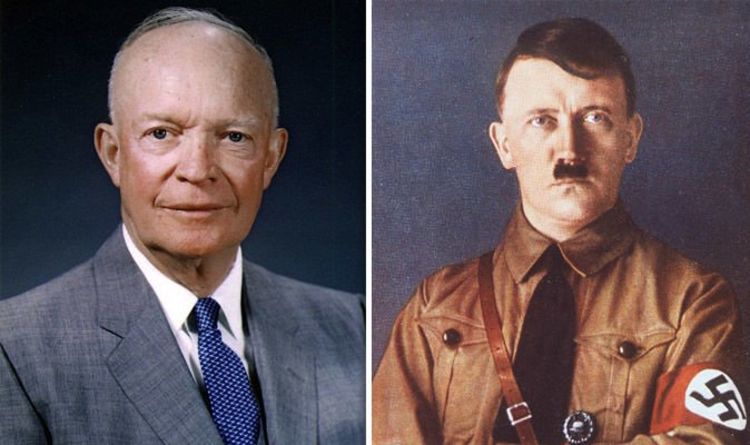 
The FBI probed the possibility that Adolf Hitler escaped his Berlin bunker on April 30, 1945, declassified documents have revealed. The papers explore the possibility the Nazi leader made it to Argentina in a German U-boat two weeks after he reportedly shot himself dead. In 1960, 15 years after Hitler’s death, former US President Dwight Eisenhower was photographed in the same city speculated to be his hideout.

Harry Cooper has researched the apparent getaway for years and says he can document three decades of Hitler’s survival.

Speaking on Netflix documentary “Adolf Hitler’s Great Escape” Cooper insinuated the Eisenhower may have been aware of an escape.

“There was a very expensive hotel in the same town where Hitler had lived from 1945 until 1955 – San Carlos de Bariloche,” he revealed on the 2015 series.

“This was a mega upscale hotel in a remote part of Argentina which, for whatever reason, Dwight Eisenhower visited in 1960.

We have a photograph, which we have reproduced of Eisenhower standing in front of this hotel.

“It begs the question ‘why was the American President in this very wealthy upscale hotel in the same town as Hitler was hiding?’”

However, despite the alleged sighting recorded by the CIA and FBI, French-led investigations suggest he did indeed die in his bunker.

Using remains of a tooth that had been hidden by the Russian secret service since 1940 suggests Hitler did kill himself.