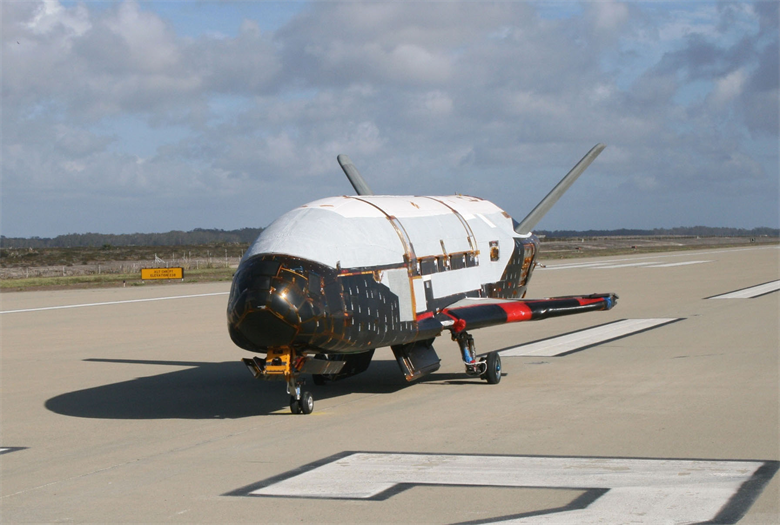 And only the US Air Force knows why.

This is the fifth mission of the X-37B space plane, an uncrewed and solar-powered military drone. The Orbital Test Vehicle 5 (OTV-5) mission launched way back on September 7, 2017, with the help of a SpaceX Falcon 9 rocket.

On the fourth mission – Orbital Test Vehicle 4 (OTV-4) – it remained in orbit for 717 days, 20 hours, and 42 minutes, which it has now surpassed, with no details yet on when the mission may end.

The #X37B #OTV4 is the newest and most advanced re-entry spacecraft. Find out more about today’s landing here: https://t.co/GUGgOMQiYg pic.twitter.com/HfHHVnWhYc

The mission objectives of the space plane have remained a closely guarded secret.

All what we got from the Air Force is this mager statement: “The X-37B Orbital Test Vehicle, or OTV, is an experimental test program to demonstrate technologies for a reliable, reusable, unmanned space test platform for the US Air Force.

The primary objectives of the X-37B are twofold; reusable spacecraft technologies for America’s future in space and operating experiments which can be returned to, and examined, on Earth.

I call this very vague and not conclusive! What is this strange OTV? A spy plane? Is the Air Force trying to put spy satellites into orbit or is it testing out an EmDrive in space.

Well, for now, you’ll either have to accept the official explanation, or just get comfortable with the knowledge that there’s a mysterious space drone flying high above our heads, and only the US military knows why.

Dogs Can Be Aggressive For Lots of Reasons, And One of Them Is You : ScienceAlert
Hypertension Drug Shown to Extend Lifespan And Slow Aging in Animals : ScienceAlert
Major Blow as Experimental HIV Vaccine Fails in Late Clinical Trial : ScienceAlert
There’s a ‘Lost City’ Deep in The Ocean, And It’s Unlike Anything We’ve Ever Seen : ScienceAlert
This Physicist Says Electrons Spin in Quantum Physics After All. Here’s Why : ScienceAlert