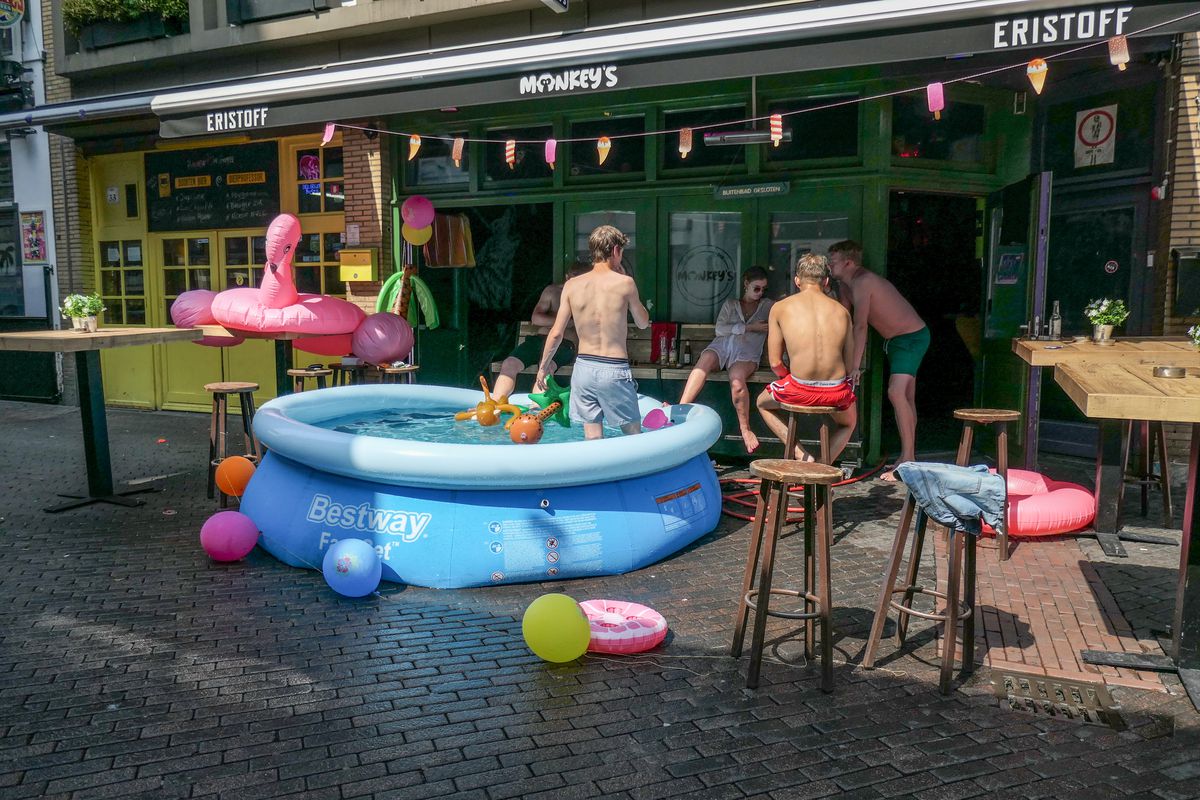 
Europe is now baking under its second heat wave this month, but this latest is one for the record books.

Paris reported its highest temperature ever this week as Europe’s second major heat wave of the summer continues.

The United Kingdom’s Met Office reported that London’s Heathrow Airport reached 98.4 degrees, a record for July. Cambridge, England, heat climbed to 100.5 degrees, marking only the second time triple-digit temperatures have been recorded in the United Kingdom.

We have broken our maximum July temperature record

The high temperatures have done more than make people sweat. French officials observed that drownings are up 30 percent compared to the same time last year, with at least 60 deaths indirectly attributed to the ongoing heat as more unskilled swimmers sought relief in the water.

At least five deaths in France have directly resulted from the heat. Such fatalities can occur when prolonged exposure to high temperatures prevents the body from cooling off, leading to heat exhaustion and heatstroke. Police in the UK have also recovered bodies of swimmers this week. Health officials in Belgium issued a code red warning for the whole country. On Thursday, Belgian officials reported the country’s first death directly resulting from a heat, a 66-year-old woman who had been sunbathing.

The searing weather has also degraded infrastructure across Europe. Two nuclear reactors at a power plant in France shut down because the water they used for cooling became too hot. The heat forced trains to slow down in the UK due to risks of heat causing rails to expand. The weather may also have contributed to the breakdown of a Eurostar train in Belgium on Wednesday that stranded more than 600 passengers in a sweltering tunnel for two hours. Heat is also threatening iconic landmarks like the 850-year-old Notre Dame Cathedral in Paris. Its roof collapsed in a fire in April, but the cathedral’s chief architect Philippe Villeneuve warned that high temperatures could dry out the church’s fragile masonry and lead to more structural failures.

Cyclists in the ongoing Tour de France have even strapped on ice vests to stay cool.

Europe’s ongoing heat wave is a reminder of just how vulnerable we are to extreme heat, even in wealthy parts of the world that have the resources to cope. And the risks of extreme temperatures are only increasing as populations grow and the climate changes.

Countries in Europe are vulnerable to extreme heat for several reasons. One is that triple-digit temperatures are unusual across the continent. As a result, people aren’t used to the extreme heat and are unprepared to deal with it by staying hydrated or taking frequent breaks away from high temperatures.

And because super-high temperatures in Europe are so rare, buildings are not designed to cope with it. Air conditioning isn’t common — about 2 percent of German homes are air-conditioned — and most homes and offices are designed to stay warm in European winters rather than passively cool off in scorching summers.

Another factor in Europe’s heat wave is that 72% of the population lives in cities and suburbs surrounded by heat-trapping concrete and asphalt, so people are densely concentrated in areas that warm up more than their surroundings.

These heat islands continue to dissipate heat even after the sun sets, so nighttime temperatures stay high. That poses another health risk since it means people have a harder time finding relief from the heat, adding to their cumulative heat exposure. People who already have an underlying condition like high blood pressure stand to suffer the most.

After an exceptionally hot day for some, it’s going to be a warm and humid evening with temperatures barely dropping overnight pic.twitter.com/PGNJBUwnul

History has shown us that heat waves in Europe can be extremely deadly. In 2003, a heat wave almost as intense as the current one killed upward of 70,000 people across the continent, mainly among the elderly in homes that became too hot. Since then, European health officials have taken heat far more seriously, proactively issuing public health alerts and opening public cooling centers during periods of extreme heat. The death tolls of subsequent heat waves have not come anywhere close.

However, the planet is getting hotter, and heat waves will only become longer, more frequent, and more intense. And Europe is already getting a lot of heat. All of Europe’s hottest summers in the past 500 years have been in the last 17 years.

After the heat, now the storms. Today, one of the alpine stage of the Tour de France had to be stopped due to intense rain and hail storms that triggered a landslide.

Forecasters now expect rain and thunderstorms in the UK and parts of the Old Continent over the next few days, which should help people cool off, but may also be dangerous for lightning, hail and sudden flash flooding.

Scientists Create Shapeshifting Humanoid Robot That Can Liquefy And Reform : ScienceAlert
There’s a ‘Lost City’ Deep in The Ocean, And It’s Unlike Anything We’ve Ever Seen : ScienceAlert
Newly Discovered Fossil Reveals Hundreds of Teeth ‘Never Seen Before in a Pterosaur’ : ScienceAlert
Babies May Not Be Born With a Microbiome After All, Scientists Say : ScienceAlert
Our Body Temps Have Been Dropping For 160 Years. Gut Microbes May Be Playing a Role : ScienceAlert